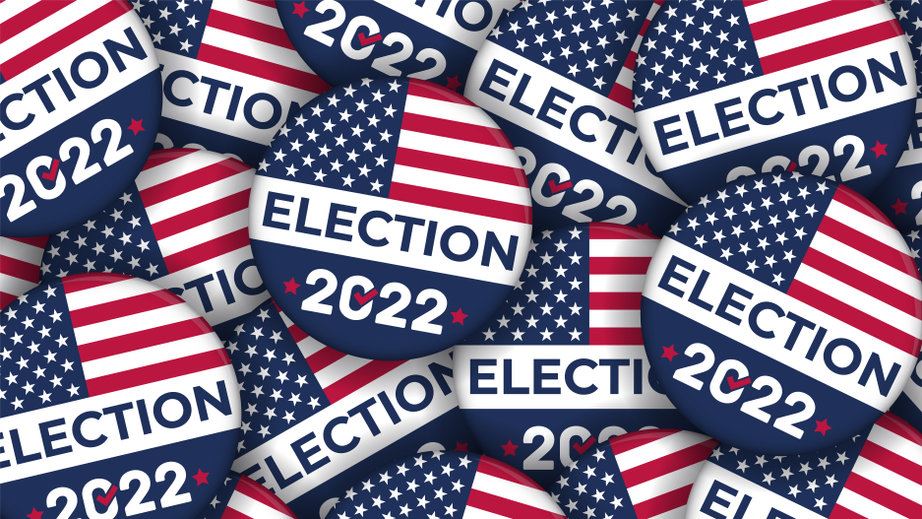 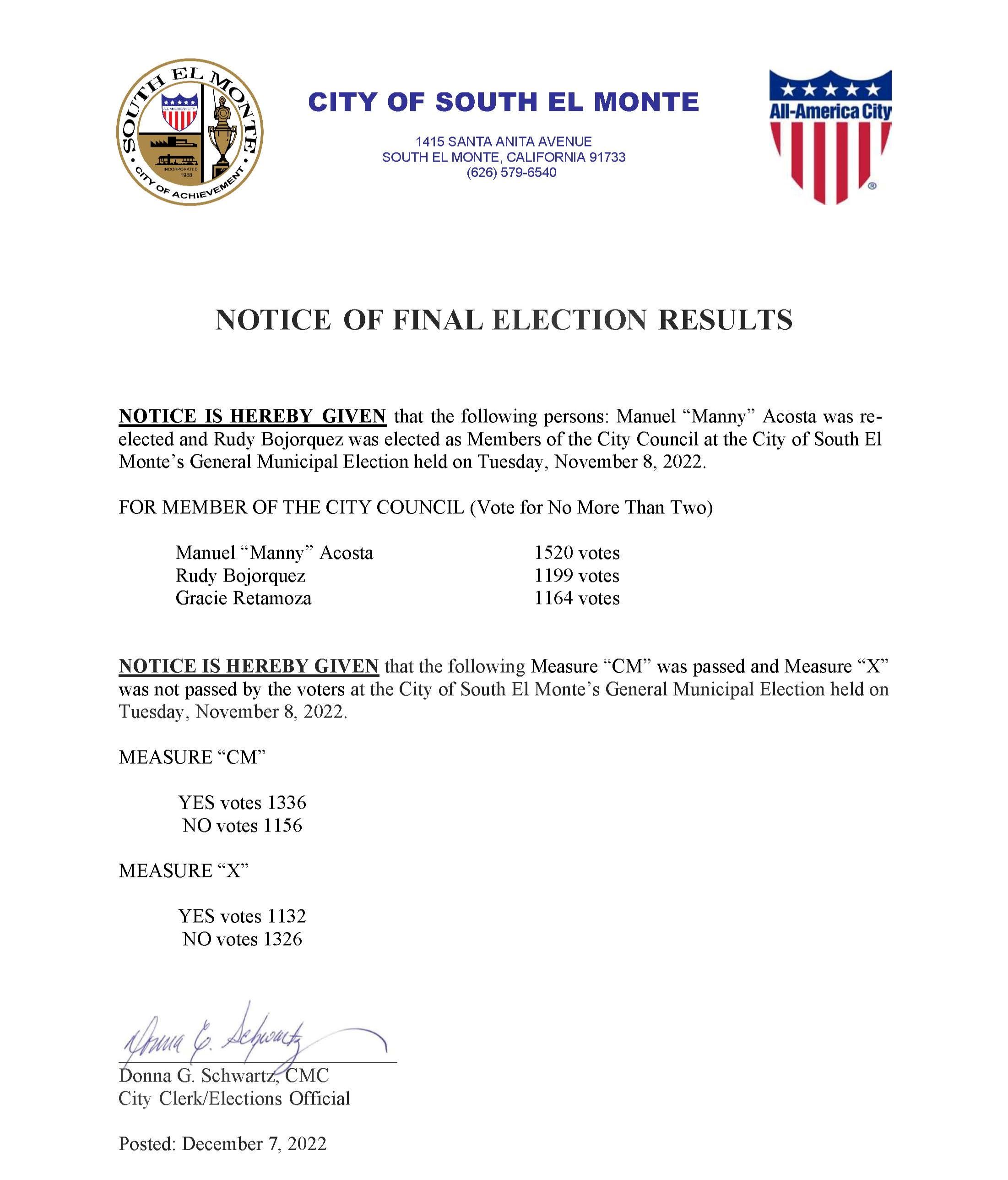 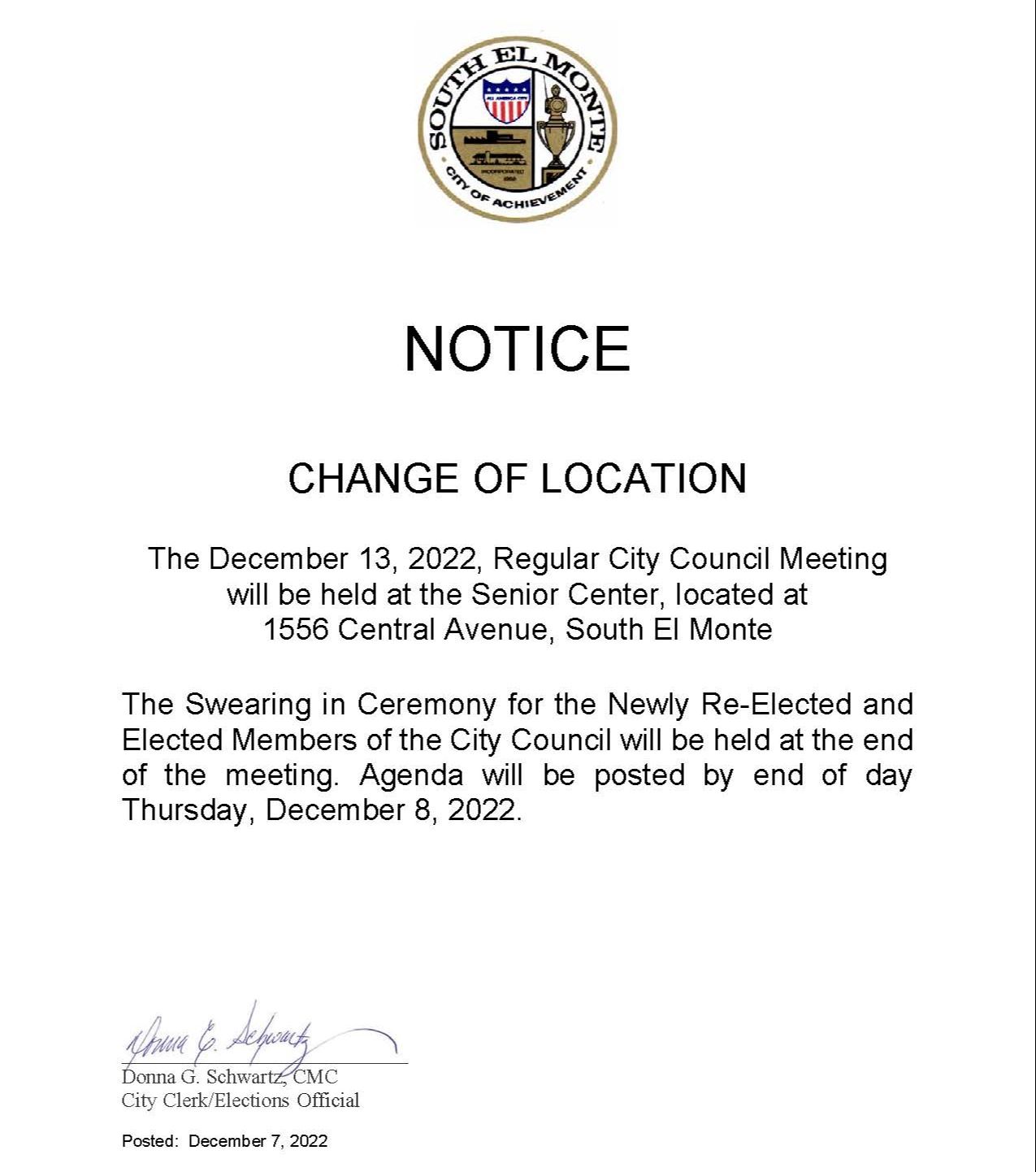 View Notice of Change of Location of Meeting

The City of South El Monte is a general law city governed by a five-member City Council with the Mayor elected At-large. The Mayor and the four Councilmembers are directly elected by the registered voters.

The next general municipal election for the City of South El Monte will be held on Tuesday, November 8, 2022, for two Council seats. A municipal election is held on the first Tuesday in November of even-numbered years. Each December, the Council meets and chooses one of its members as Mayor Pro Tem. The mayor is the presiding officer of the Council.

The nomination period for the November 8, 2022, General Municipal Election is July 18, 2022 – August 12, 2022. If an incumbent does not run, the nomination period will be extended to August 17, 2022. Candidates must be registered voters of the City of South El Monte.

Filing period for "Write-In" Candidates begins September 12 through October 25, 2022. Potential candidates are encouraged to call the City Clerk's Office to schedule an appointment to pick up nomination papers during regular business hours.

The City Clerk serves as the election officer and is responsible for issuance and acceptance of nomination papers, city measures and the publication of necessary legal notices. In addition, all campaign and conflict of interest filings required by the Fair Political Practices Commission are centralized in the City Clerk's Office. For questions, please contact the City Clerk’s Office at (626) 579-6540 x3280.

HOW DO I BECOME A CANDIDATE FOR THE SOUTH EL MONTE CITY COUNCIL?

To qualify as a candidate for member of the City Council, you must reside and be registered to vote within the jurisdiction at the time nomination papers are issued. More specifically, you must be:

If you are interested in becoming an election worker, please visit About Election Workers for more information. 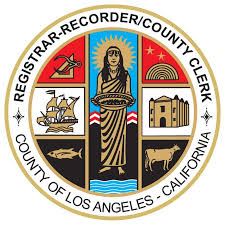