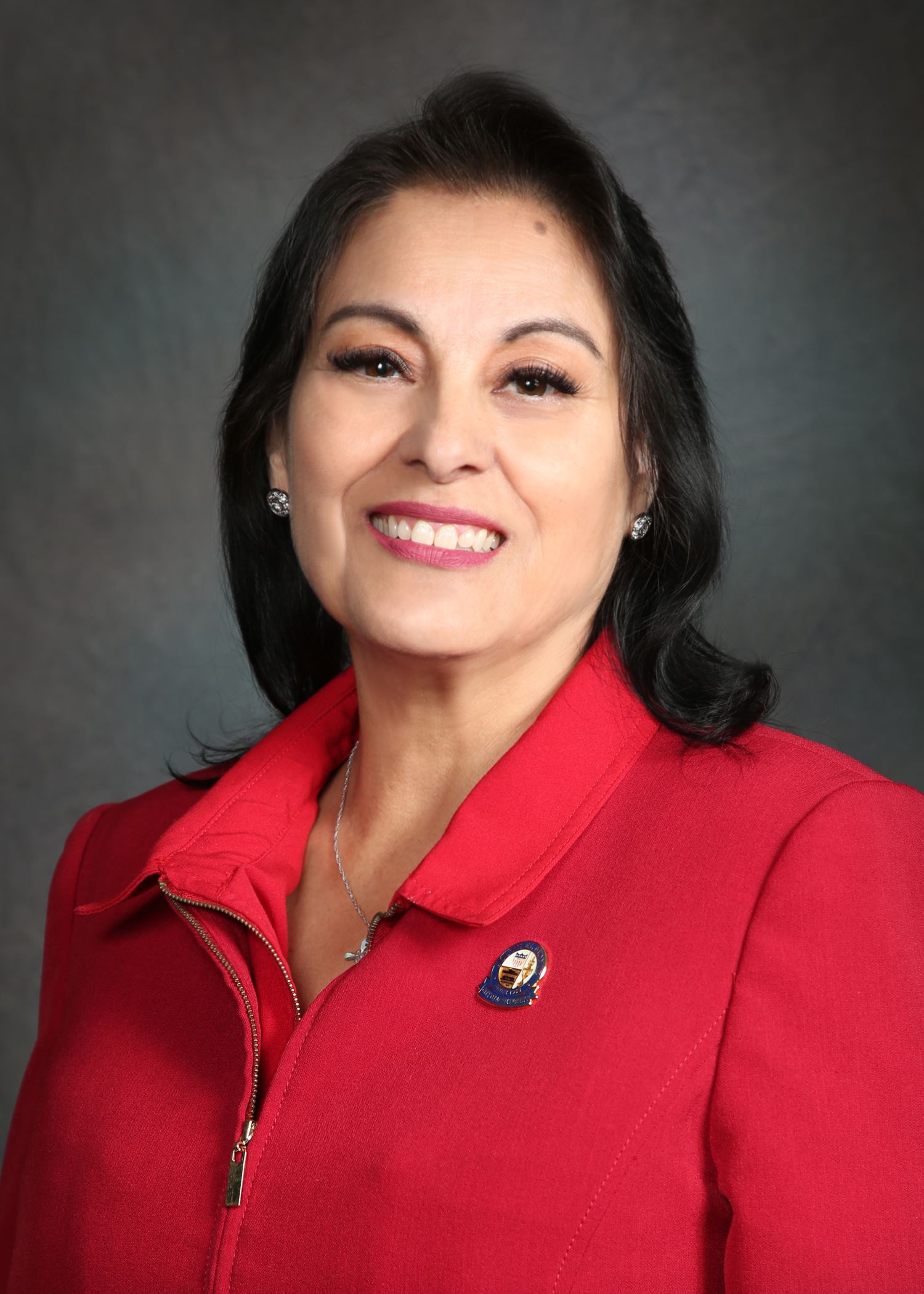 Mayor Gloria Olmos was elected as Councilwoman on November 3, 2015. She then served as Acting Mayor one year prior to her election on March 4, 2017 and has since then been serving the City of South El Monte.

Before her duty as Mayor, Mrs. Olmos served on the Valle Lindo School Board for 15 Years where she helped lead the effort to dramatically improving academic results: California Distinguished School District, Blue Ribbon Schools, and Golden Bell Awards.

She is a current Board member of the South El Monte High School Parent Teacher Student Association (P.T.S.A.) and Co-Founder of the Children’s Advocate Swampmeet to provide scholarships to SEMHS students and support all clubs and sports.

She also served as Past President for the Soroptimist International for six years where she helped many students in the San Gabriel Valley receive scholarships, with a priority to the El Monte Union High School District and served 10 years as a member and Board Member accumulative.

Mayor Olmos coached Basketball, Baseball, Softball, Volleyball and T-ball and has been Team Mom for Jets football, Little League and various City of South El Monte Youth Sports. She Is active in Church Leadership and has mentored moms in the Options Pre-School Organization for several years.

Mayor Olmos has been instrumental in the movement to make South El Monte a fiscally responsible and transparent entity by implementing a transparency website and having more accountability on permits as a priority.

She will continue to make positive changes needed to generate more revenue by bringing in more Commercial/Retail business which we have doubled under her watch.

Amongst Mayor Olmos greatest accolades, a few of her accomplishments include a reduction in violent crimes by collaborating with the Los Angeles County Sheriff’s Department, immersing herself in ride-alongs, and joining the Sherriff’s Public Safety Council Academy to learn firsthand the issues the City is faced with.

Mayor Olmos feels the future of our youth is in our hands and has doubled the internship positions for our Summer Youth Internship Program to provide more opportunity to local youth and extend the time needed to learn much needed skills. Mayor Olmos plans on collaboration with local businesses to implement a Summer Internship Business Program at a bigger scale.

Mayor Olmos has managed along with the City Council to balance the City budget and enforce fiscal accountability.