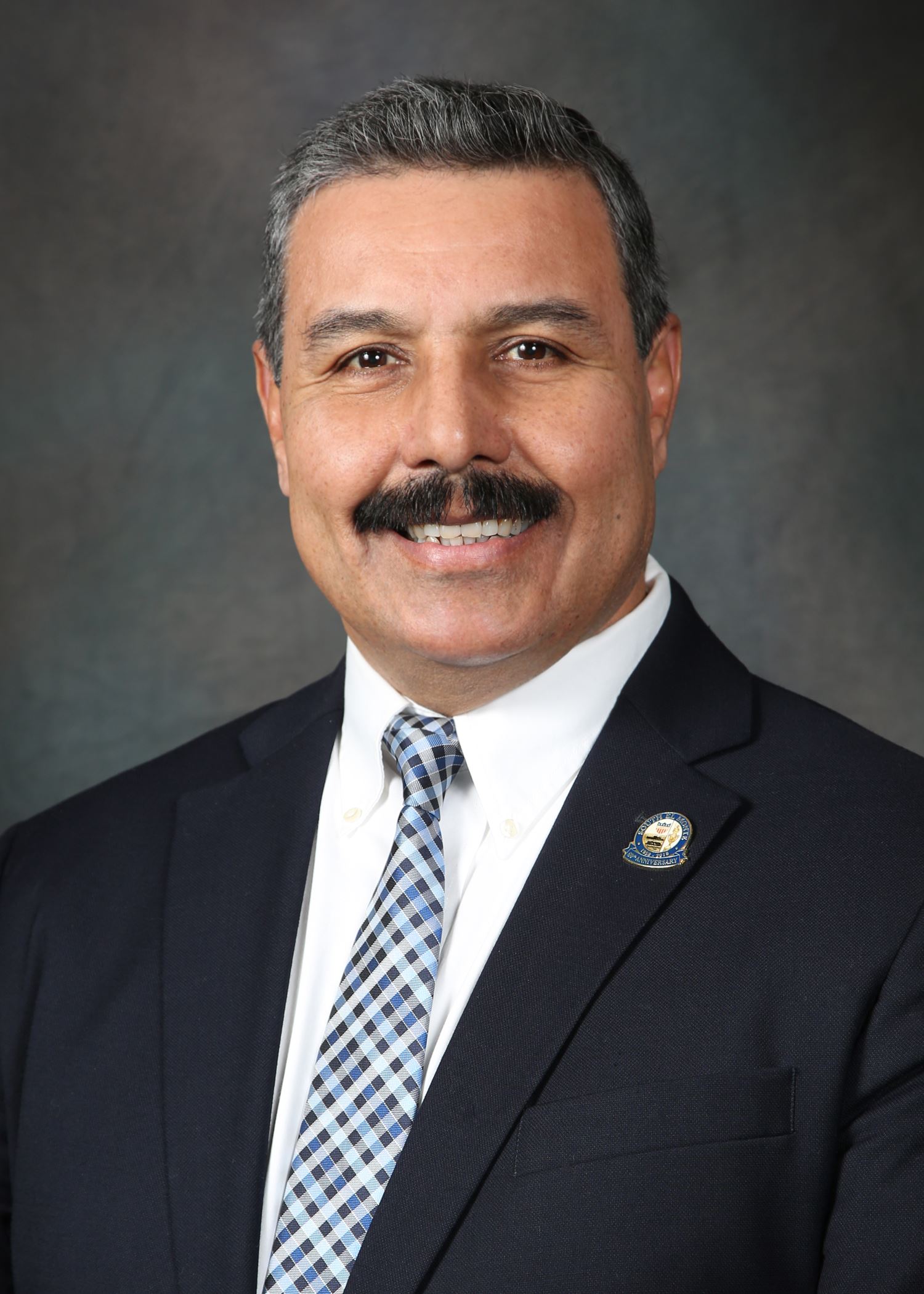 Manny Acosta moved into the city of South El Monte in 1991, and quickly realized that this was the place he and his wife, Tammy, would raise their family. They raised three children who attended the local schools (New Temple, Shively MS, and South El Monte HS) and participated in the community’s sports programs (SEM Little League, Jets football, SEM Basketball). During this time, Manny was very much involved in community activities, including coaching baseball and football within the Little League and Jets organization. His teams won several District, Section, and Division championships in baseball from 2004 through 2010, and won the elusive San Gabriel Valley Junior All-American Football League and Conference Championships in 2004.

Manny is a native of East Los Angeles and attended the local public schools, including the Medical Magnet program at Lincoln H.S., that later became Bravo Medical Magnet H.S. He then attended California State University, Los Angeles where he earned both a Bachelors and Masters degree in Biochemistry. After graduating, he entered the biopharmaceutical industry as a Research Scientist in the Research and Development department, searching for novel pain and plasma-derived therapeutics, as well as, working on process development and improvement. He spent most of his biopharmaceutical career at Alpha Therapeutics Inc, which later became Grifols Biologicals Inc. Over his twenty-five year industry span, he worked in a variety of areas and capacities: Research Scientist, Validation Engineer, Production Manager, Quality Manager, and Inventory Control Manager.

With his extensive experience in the biopharmaceutical industry, he was well-qualified for his next endeavor and positioned himself to give back to his community and prepare our future workforce. He accepted and obtained a faculty teaching position at Los Angeles Trade-Technical College. He is now a tenured professor and teaches chemistry and biomanufacturing courses. Additionally, he started, and currently leads, the biomanufacturing Certificate and Associates Degree program at LATTC.

Manny was elected to the South El Monte City Council in 2017. He is currently serving his first term as councilmember, and fervently continues to contribute in a positive way to improve the city’s financial health and improve the quality of life for South El Monte residents. Although the role of a councilmember is challenging, he still finds it rewarding and a worthwhile endeavor. He can be found at City Hall most afternoons.